A good supplement can take you a lot further in your training. The Gaspari Nutrition Aminolast Powder is a supplement that helps you build muscle mass and help you stay hydrated at the same time. The amino acids will help you absorb proteins and will improve muscle accuracy after your workout. The electrolytes will help you stay hydrated, which is also critically importance during training.

What I like about the Gaspari Nutrition Aminolast Powder is that it doesn’t just focus on one single aspect of your workout. It looks at the entire picture. It may well be primarily an amino acid supplement, but it also deals with some of the other challenges you will face during training. That’s great. You can easily end up having to down half a dozen supplements before working out, which is to say the least impractical. Sometimes it’s better to look for solutions that deal with a broader spectrum of your training.

With the Gaspari Nutrition Aminolast Powder you get 10 grams of amino acids per serving. That is a pretty decent number. The reason you want amino acids in the first place is their effect, or rather effects, on your body during training. There are three major things amino acids help you with.

Each of these three things are really important when you train. You need as much absorbing power as possible to ensure you get the most out of whatever protein source you’re using. Muscles are built of proteins, and that’s why you need as much as possible. After training you need your muscles to recover as fast as possible. First of all, that will make you stronger faster, but it will also reduce the amount time your muscles are feeling sore after training. Finally, amino acids help your body release fat. That means using them will improve your ability to burn fat. Which in turn will help you get better results. 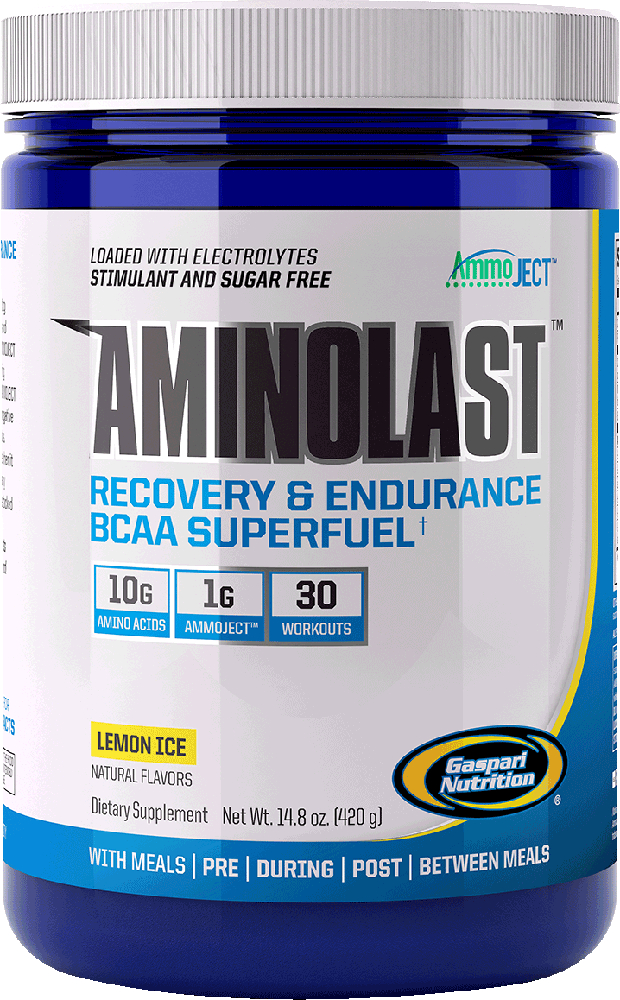 The Gaspari Nutrition Aminolast Powder supplement is loaded with electrolytes, which help you hydrate better. Too many underestimate the importance of staying hydrated while working out. If you’re working at really high intensities, you’re going to be sweating a lot. It can actually get to a point where your hydration levels become critical. Anything that helps you stay just a wee bit more hydrated is fantastic.

The Gaspari Nutrition Aminolast Powder package contains enough powder for 30 workouts. If you work out every day that’s one month, obviously. It means you should be set for quite a while though.

I found it worked really well. I liked that it helped me build muscle mass while also keeping me hydrated. I won’t say that I had a lot of body fat, but I could definitely tell I was getting leaner after just a week of use.

The Gaspari Nutrition Aminolast Powder is a really great supplement that I can highly recommend to anyone. You should be considering this supplement if you want something that helps you build muscle, but also help you with other aspects of your fitness training.

90%
90%
Recommended
Previous ArticleWeight Loss Pills: Should You Use Them?
Next Article Yerba Mate : Amazing Herbal Tea for Weight Loss